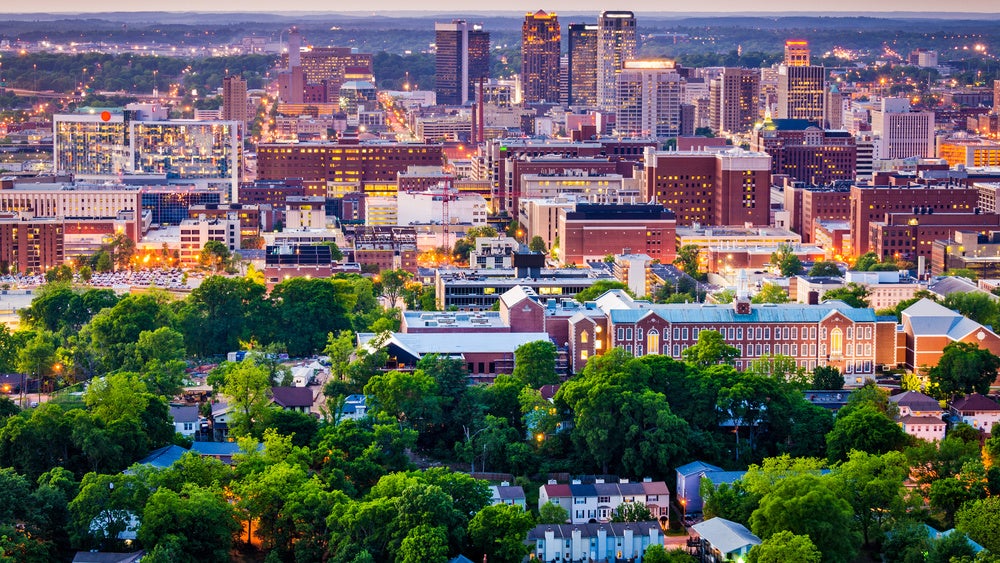 From the multiple James Beard-awarded restaurants, to our urban parks that win national awards, to our dynamic music and art scene, the City of Birmingham is thriving.  Add a vibrant downtown and more green space per capita than any other city in the nation and it's easy to see why Birmingham is one of the most livable cities in the U.S.

Watch our video about Birmingham

With a metropolitan population of nearly a million people, Birmingham is the largest city in Alabama.

The metropolitan area's residents are 29% black, 4% Hispanic, and 1% Asian.  The city of Birmingham has a median age of 35.7.  Birmingham is seventh among the 150 largest US metros for percent increase in millennial residents (ages 25-34).

Birmingham is a national leader in urban green spaces. Thousands of wooded acres for biking and hiking are within minutes of downtown in area parks. U.S News & World Report ranks Birmingham No. 89 on its 2019 “Best Places to Live” list.

Birmingham was named as one of the most affordable cities for first-time homebuyers in the nation (Lending Tree, 2019) and 1 of the 10 most affordable markets for renters (Zillow, 2019).  Median home cost is less than $204,000.

Five interstates provide easy access to both beaches and mountains within a few hours' drive. The Birmingham-Shuttlesworth International Airport offers 114 flights to 26 airports and 23 cities.

Though iron and steel production gave rise to the city of Birmingham, the area’s largest employer is now the health care industry. Birmingham has the highest per capita concentration of healthcare jobs nationwide.

Find out even more about Birmingham from our friends at UAB.