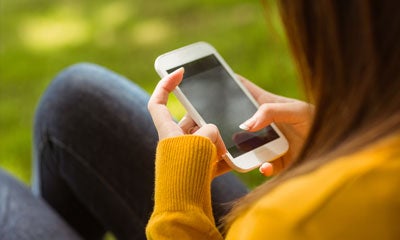 BIRMINGHAM (June 7, 2022) – Smartphones have changed the way everyone communicates today. While they’ve led to many positive changes, they’ve also resulted in some dire consequences for teens – especially those who participate in sexting.

Sexting is leading to many problems for teens, notes Deb Schneider, director of Children’s Hospital Intervention & Prevention Services (CHIPS Center) at Children’s of Alabama. The bullying teens endure for images is often both online and in person, and once images are sent for the first time, teens are sometimes blackmailed to continue sending images. “The person that’s abusing them, once they’ve gotten those pictures, will tell the kids if they don’t keep cooperating and keep it a secret, they will put the images out there to embarrass them and cause a scandal for their family,” Schneider adds. “In worst-case scenarios, we’ve seen kids bullied to the point they are suicidal.”

Though sending sexually explicit images of someone under the age of 18 is illegal, CHIPS is seeing an increase in sexting. According to Schneider, as many as 1 in 4 teens admits they have sent some sort of inappropriate image of themselves. “One in 12 teens says that they have resent an image they have received without consent,” she says. “The images are out there.”

And the sharing of images isn’t slowing down. As the pandemic of the last two years has forced more teens online—whether for quarantine, school, or general socializing—the statistics have only worsened. During the same two years, internet crimes—including adults soliciting children for images—have doubled. “The kids just don’t realize the impact,” Schneider says. “It’s so fast. It’s a click and a send. And children’s and teens’ brains aren’t developed completely to make appropriate decisions. They don’t understand the consequences of the future.”

Those consequences can follow them well beyond their teen years, Schneider adds. Not only because of someone forwarding the inappropriate images to their friends, but also because the images can be bought and sold online. Pictures can easily pop up later in life, in college and beyond. “There are people who buy and sell and trade these images of kids,” Schneider says. “And they don’t understand that once the image is out there, it’s out there in the world forever.”

To avoid that scenario, Schneider stresses the need for prevention—the desperate need for teens to think twice before sexting and realize it’s a decision that cannot be undone. The best prevention, she adds, is for adults to educate teens about the many consequences of sexting. Schneider says adults should also be a source of help if a teen has already sent an image. “If parents will just talk with them, not lecture, not badger, just let them know you know it’s happening,” she says. “This is something that kids aren’t understanding. Parents need to educate them about making good decisions and let them know they are here for them if they have already made a bad decision and sent something out. Teens and kids need to understand that we as adults are there to help them, not blame them.”