Your doctor will ask a lot of questions when trying to diagnosis epilepsy and determine the type of seizure(s) your child is having. The diagnosis is based on several tests and exams. The facts you provide your doctor are very important in diagnosing epilepsy and deciding the best treatment options. We encourage keeping a daily journal that includes but is not limited to the following:

Interview—information about your child’s seizures

EEG (electroencephalogram)—measures the electrical impulses in the brain.

VEEG—usually performed in the Epilepsy Monitoring Unit. The EEG is recorded along with continuous closed-circuit video monitoring for several days. The digitized EEG and recorded behavior can be studied simultaneously, allowing direct correlation of any recorded events and EEG changes.

MRI (magnetic resonance imaging)—imaging method that uses magnets to provides detailed images of the brain that may show any abnormal structures, growths or other physical conditions that may be causing the seizures. Your child may need sedation for this test to minimize any movement which may blur the images. Learn more about MRI 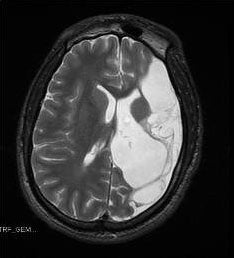 PET Scan (Positron Emission Tomography)—may show the brain area which is not using glucose as well, often the same area involved in seizure activity. A very low and safe dose of a radiotracer is injected in the arm and the brain is scanned. EEG recording may be performed just before the scan. Learn more about PET Scan 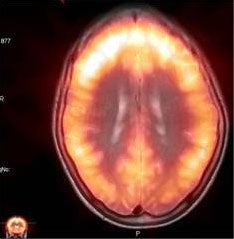 SISCOM (Substraction Ictal SPECT Coregistered On MRI)—assesses which part of the brain shows increase in blood flow during a seizure. Two SPECT (Single-photon emission computed tomography) scans are obtained when the brain is scanned after injection of a very low and safe dose of radiotracer at the very beginning of a seizure, and again, in between seizures on a different day. The images are subtracted and then coregistered with MRI. Learn more about Nuclear Medicine 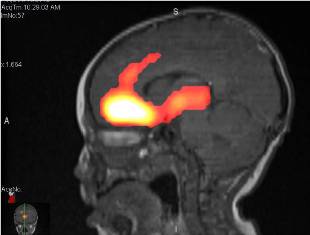 Neuropsychological evaluation—formalized testing of cognitive abilities (e.g., memory, concentration, and problem solving) and mood that is conducted by a neuropsychologist. These abilities are often affected with epilepsy and can change over time. This test helps with, school planning, medication selection, and possible surgical planning/decision making. It also establishes a baseline and enables to monitor any changes.

Other tests that may be ordered when appropriate

MEG (Magnetoencephalography)—measures magnetic fields produced by the small electrical currents arising from neurons of the brain. It is used to help localize which part of the brain is involved in generating seizures. 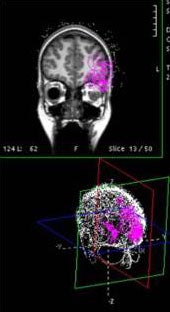 fMRI (Functional Magnetic Source Imaging)—is a real-time, noninvasive alternative to WADA and helps determine which parts of the brain play a role in language and memory.